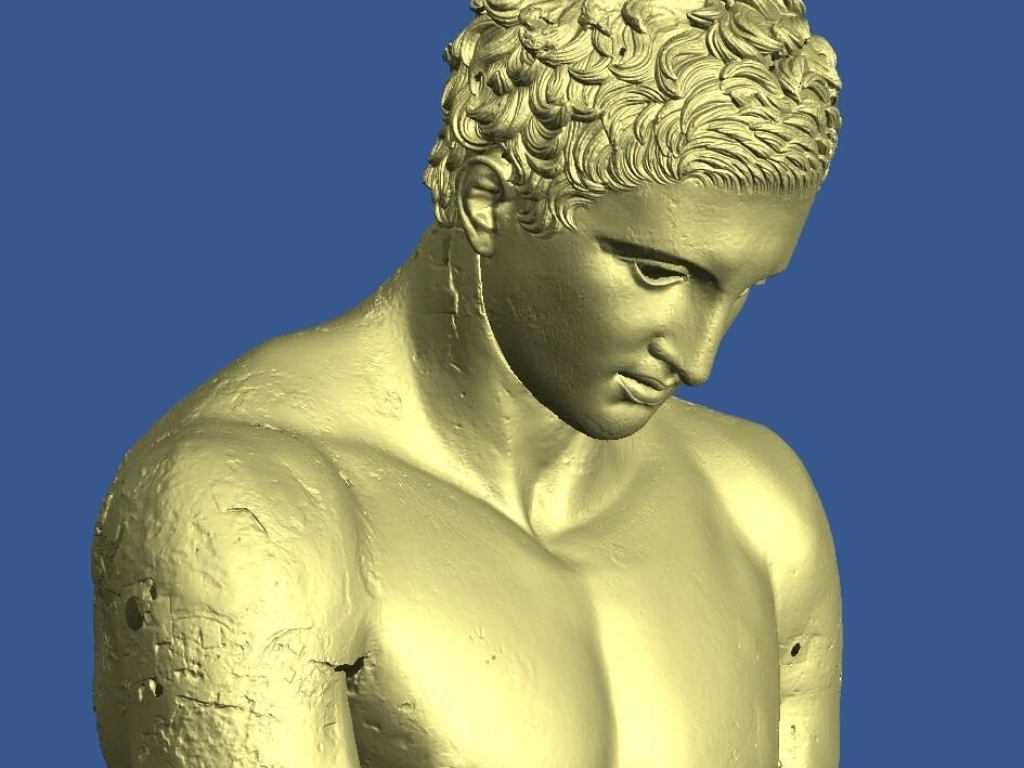 Apoxyomenos is the name for Greek statues which used to adorn Greek temples and cities.

Apoxyomenos portrays a young athlete, caught in the familiar act of scraping sweat and dust from his body after a competition. The Lošinj Apoxyomenos was recovered from the sea off the island of Lošinj in 1999. It is thought to have been made in the second or first century B.C.  Theories abound as to how the statue ended up in the waters near Lošinj. It may have been thrown overboard by Greek sailors during a storm to appease the gods or just to lighten the load.

Standing 192 cm high and weighing 300 kg, the statue is made of bronze and is a chef-d’oeuvre of ancient sculpture. The statue represents an “apoxyomenos”, an athlete removing the oil and sand from his body with a small metal scraper called a strigil. The author of the statue is unknown, but the classical beauty and the quality of the statue indicate he was a master of sculpture. Of the eight known Apoxyomenos statues, the Croatian one is the most complete and best preserved.