Other settlements on the island 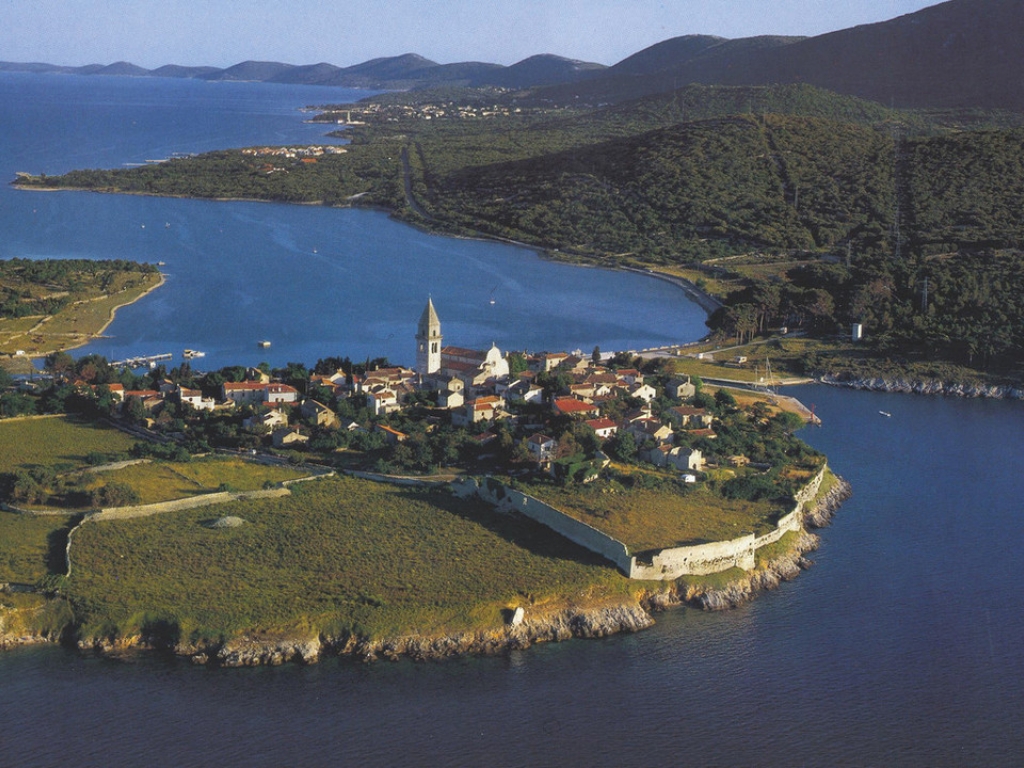 Stivan is a village in the western part of Cres Island, divided into three areas:
Along the road which leads to Martinšćica stands the parish church from 1774, dedicated to St. John, the village's patron saint whose feast day is celebrated on June 24th.

At the very end of Stivan lies the secluded Marašćica Cove which serves as its harbor.

Miholašćica is a village which has its roots in the Roman times. It’s protected from the wind, full of lush Mediterranean vegetation, and has a beautiful beach. Miholašćica aims to attract vacationing families.

The village of Vidovići is located 2 km to the north of Martinšića, about 280 km above sea level.

If you walk or drive on the narrow and steep road through a forest of evergreen oak to reach the village, you will be amazed to discover the spectacular view of the archipelago.

If you wish to escape the crowds you will certainly find a lot of peace and quiet here.

Valun is nestled in the south part of Valun Bay. The village developed when the inhabitants of the old village Bućevo, located on a plateau above the today’s settlement and near the Church of St. Mark, started to migrate to the sea. The renowned Valun Plate from the 11th century is kept in the parish church in Valun, while the Glagolitic Lampidarium with the replicas of the oldest Glagolitic inscriptions from Istria, the Croatian Littoral and Dalmatia is also a famous attraction.

Valun is also known by its culinary offer – you will enjoy sampling various island delicacies in its excellent restaurants.

Lubenice is a small settlement located on the top of a 378 m high cliff with a spectacular panoramic view of the whole Kvarner and the nearby pebble beach Sv. Ivan, considered by many one of the most beautiful beaches of Cres Island. Lubenice used to be fortified by a wall, ruins of which are still seen in the north of the village, where one of the main gates is located. In the south part of the settlement, a bit lower than the today’s entrance into the small town, the second gate stands. If you like hiking trails, descend to the above-mentioned beach Sv. Ivan or to Žanje Cove which lies more to the south and where the entrance to the Blue Cave is located.

In the summer months visitors can enjoy, besides the beautiful nature and architecture, the Lubenice Evenings – a musical event where numerous international and Croatian artists are present.

The north part of the island is called Tramuntana. Beli is the center of the region and its largest settlement, nestled amidst greenery on a 130 m high hill descending to the sea. It’s a typical sea town settled since prehistoric times, and its heyday was during the Roman Empire. The Romans founded a town called Caput Insulate, “the island’s head”, at the site of a former Liburnian settlement. Beli was one of the Roman town with full autonomy.

Beli is inhabited also by the griffon vulture, one of the largest flying birds, an endangered species. It is also the only scavenger in Croatia. Cres is their last known habitat in this part of Europe.

The resident’s main source of income is tourism, and they rent their rooms and apartments to numerous tourists. All the lovers of camping will find accommodation in a small and attractive campsite, located on the very waterfront, which has a beautiful pebble beach and a small pier.

Orlec is the largest Cres village in the inner part of the island. It got its name after the griffon vulture, called “orel” by the locals, whose nesting grounds are near the village. Orlec lies on an elevation 240 m above the sea level, and is 2 km away from the closest coast. It is thought that due to its distance from the coast the residents of Orlec were never intensively involved with fishing and seafaring but livestock farming.
The feast day of St. Anthony, the saint patron of the village, is celebrated on January 17th – known as the “Antonja“ festival.

Near the village lies the beautiful cove Mali Bok with a pebble beach and a crystal clear sea – considered by many to be the most beautiful beach of Cres Island.

Osor is a town spread out over two islands.

Ever since the ancient times, Osor was the center of the two islands and a strategic port on the sea lane from the North Adriatic to Dalmatia due to its geographic position. The artificial canal “Kavauda” also significantly shortened the sea route to the south. One of the oldest trade routes of Antiquity passed through Osor – the Amber Road.

Osor experienced its heyday during the Roman Empire.

The town began to slowly decline at the end of the 15th and the beginning of the 16th century when the sea routes began to change and due to the plague and malaria epidemics in Europe.

The historic center is gathered around an old square where the Town Hall, Bishop’s Palace, the Cathedral with its bell tower and the Town Loggia, today a Museum, stand, as well as other buildings from the 15th and the 16th century. Walking through Osor you will get to know the interesting history of the town and experience the ambiance of past times.

Today, renowned art and culture events are organized in Osor, such as the Osor Musical Evenings which take place in the Cathedral of St. Gaudentius.
Osor offers accommodation at the Bijar Campsite and in privately-owned rooms and apartments.